Skip to Content
Home Why are driving tests at such odd times?

Have you ever asked the question “Why are driving tests at such odd times?”.

Why can’t the 1116 test start at 1115? The answer is nowhere near as simple as you might think. I’ll give you the quick answer to start with then you can read into it in more detail.

Why are driving tests at such odd times?

Driving tests are at such odd times because by starting them a few minutes earlier here and there they can fit in the new elements such as independent driving, do more tests each day and keep the examiners happy with their working hours.

If you want to know the full story behind that quick answer then keep reading this page. 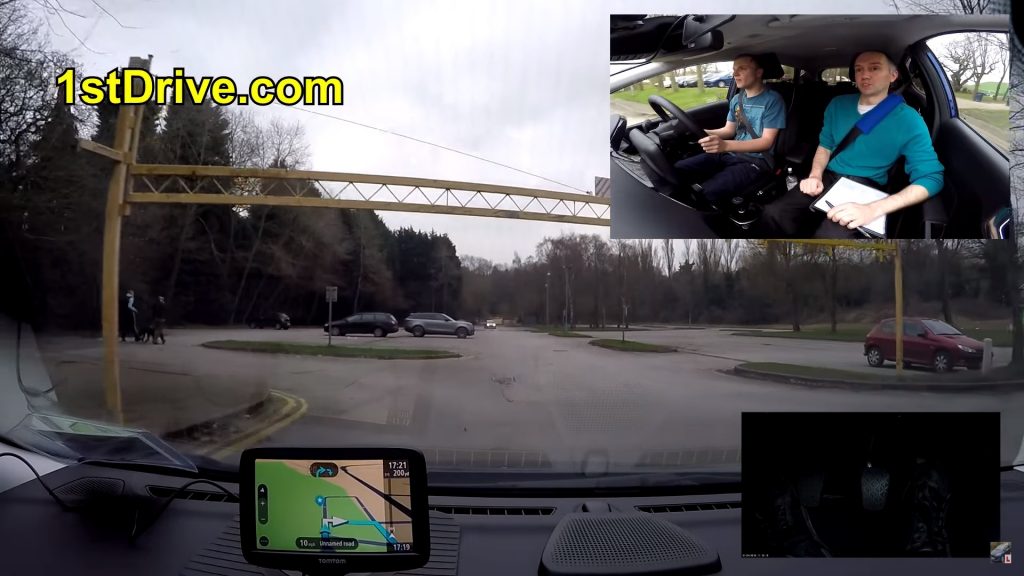 The full story of why driving tests are at odd times

The show me tell me element of the driving test was added in 2003. Until December 2017 this involved the pupil answering two questions at the start of driving test.

One question would be to tell them something such as: “Tell me how you’d know if there was a problem with the power steering before starting a journey.”.

The other would be show me something such as: “Show me if how you’d check if the vehicle had sufficient brake fluid.”.

Extra time had to be allocated to the driving test for show me tell me. They tweaked the test times by two adding on two minutes for each test. In reality this was nowhere near enough time because it takes more than two minutes just to walk to the car from my local driving test centre!

At the same time something much bigger was happening in this industry. The number people working as driving instructors was about to explode.

Companies were advertising on radio, TV and in the press. They were promising a huge income, a guaranteed job for life and everyone was jumping aboard.

At the same time there was also a huge increase in the number of people learning to drive. More instructors and more learners meant more people waiting for driving tests.

Driving test waiting times reached record highs around 2008. I can’t remember exactly when (I’ve been doing this a long time!) but I know it was around then.

In some parts of the UK you had to wait six months for a driving test. In other parts you couldn’t even get a driving test at all. The waiting times had gotten so bad that something happened that had never happened before.

Bear with me, all of this helps to explain the answer to the question ” Why are driving tests at such odd times?”.

The Charter Mark is a prestigious award given out to companies meeting very high levels of customer service.

The DSA was one of the first places to ever be given the award. They then became the first to ever lose it.

I remember going in driving test centres and seeing examiners scraping the Charter Mark stickers off the windows because they weren’t allowed to display it any more. Why did they lose it?

The reason they lost it was because waiting times had gotten so bad. Customers were understandably angry at having to wait so long.

It was awful for us driving instructors: we were having to book driving tests with pupils before we’d even met them! As soon as someone applied for lessons we had to tell them to book a test now because the wait was so long.

I’m pleased to say that the DVSA since regained the Charter Mark.

Driving tests during the recession of 2008

The DVSA were in a tough spot. They had increased the cost of the driving test many times year on year but now the recession was in full swing they were told they couldn’t.

Belts were being tightened. Companies were going under left right and centre. The only way to make more money was to do more driving tests.

In an effort to cut waiting times and make more money they decided to fit more driving tests in each day. Genuis! But that sparked off another problem.

I hope you’re sticking with me. We will soon answer your question “Why are driving tests at such odd times?”. All of this stuff is relevant because it all forms part of the answer.

Driving test examiners have been striking on and off since I started teaching in 2003. It got really bad though around 2008 to 2012.

One of the main reasons for the examiners striking was that the driving test times had changed. Some of them were now starting as early as 7am or 0703 to be precise. Other tests were now being done later in the day at 1630 in what they laughingly called the “evening test”.

The driving test examiners were being asked to work longer hours for no extra pay. Imagine who you’d feel if you were told to do an extra hour each day for no extra money.

All of this reached a head when examiners, and many other members of the union they belong to, downed tools and refused to work.

It was awful. You could turn up at a driving test centre to be told the examiners were striking. The poor pupil had their big day ruined and some were in tears. I’m welling up just writing this but I’ll battle on.

A lot of what was happening with these strikes was never revealed to the public. From talking to examiners and reading driving instructor magazines (you should try them!), this is what I pieced together.

Many driving test examiners started the job because they were promised flexible working times. They’d be able to drop their kids off at school, go to work and them pick the kids up on the way home.

When the driving test times were tweaked this was no longer possible. They were being asked to work hours they didn’t sign up to at the beginning.

You can go your own way

In 2009 the DSA introduced independent driving. This involved remembering up to four directions at a time given to you by the examiner, or following traffic signs.

As well as this the number of manoeuvres you had to do on a driving test changed from two to one. These new elements slightly changed the test times here and there.

The driving test changed again on December 4th 2017. Since then you either follow traffic signs or use a sat nav. The test times didn’t change because of that but for reasons unknown they did change again in September 2018.

So there you have it. We have answered the question “Why are driving tests at such odd times?”.

It’s all because the test times have had to be changed to fit in with new parts of the tests, fit more tests in each day and keep the driving test examiners happy with their working hours.

This page details things as I remember it but don’t rely on it to be 100% accurate because this is all from memory.

If you want to learn more fascinating things like this then see my page on myths of the driving test or see my other help guides in the “Help guide” menu at the top of every page.

Click here to watch some of my mock driving test videos.

Send me a message (no calls) and I'll get back to you as soon as I can. Let me know your postcode, times you're free and your experience.
Powered by